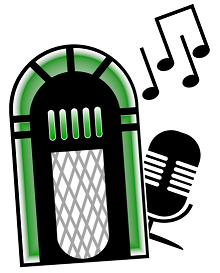 Below are a set of 5 random samples from the JukeBox dataset.