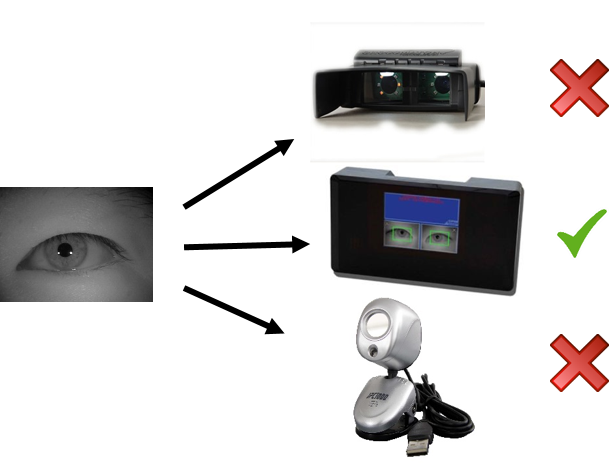 Photo Response Non-Uniformity (PRNU) has been successfully utilized for sensor identification in the literature and is important in the context of image forensics. PRNU manifests as a consequence of artifacts associated with the sensor fabrication process. In iris biometrics, the images are captured using iris sensors typically operating in the near-infrared spectrum, which differ from conventional RGB sensors employed in the camera. Also, the iris images can be subjected to some pre-processing schemes, such as photometric modifications to aid in iris recognition. We evaluate different PRNU schemes in the context of iris sensor identification. We further analyze the impact of photometric transformations known to improve iris recognition performance on PRNU based sensor identification.

In many image forensic applications, one can implicitly link the camera with the photographer. This raises privacy concerns, which can be mitigated via sensor de-identification. In this context, we deliberately perturb the image such that the PRNU based sensor classifier incorrectly assigns the modified image to a different sensor but without compromising the utility of the images. In our work, we aim to confound the iris sensor classifier, whilst preserving the iris recognition performance.